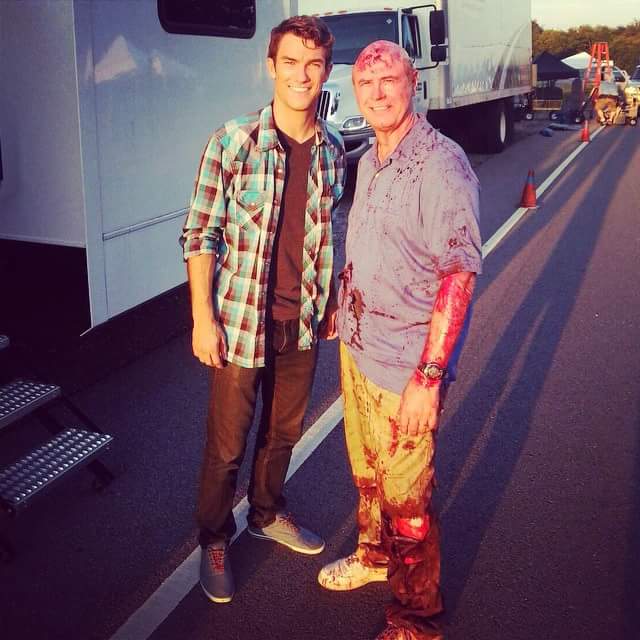 I had the opportunity to work as Judge Reinhold’s body double in a number of scenes, including the iconic car wreck scene.